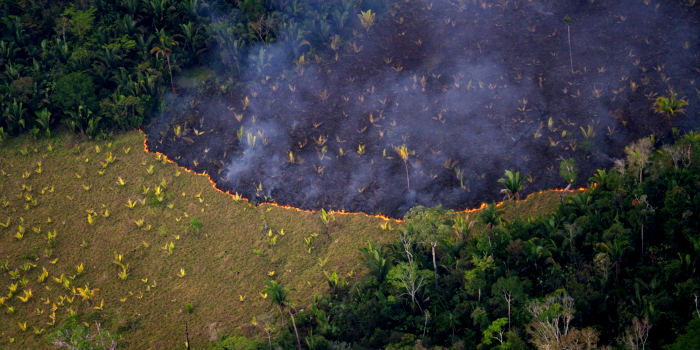 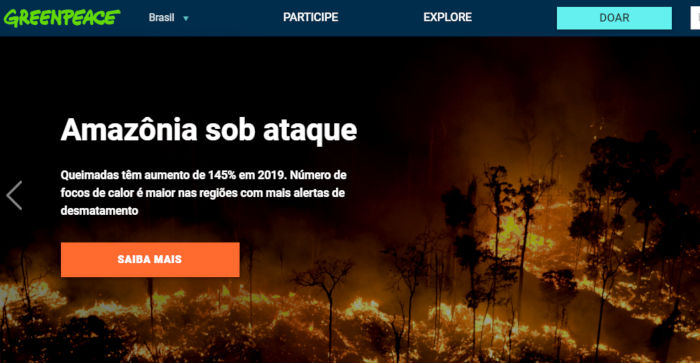 "In the last half-century, about one-fifth of this forest, or some 300,000 square miles, has been cut and burned in Brazil, whose borders contain almost two-thirds of the Amazon basin. This is an area larger than Texas, the U.S. state that Brazil’s denuded lands most resemble, with their post-forest landscapes of silent sunbaked pasture, bean fields, and evangelical churches. This epochal deforestation — matched by harder to quantify but similar levels of forest degradation and fragmentation — has caused measurable disruptions to regional climates and rainfall. It has set loose so much stored carbon that it has negated the forest’s benefit as a carbon sink, the world’s largest after the oceans. Scientists warn that losing another fifth of Brazil’s rainforest will trigger the feedback loop known as dieback, in which the forest begins to dry out and burn in a cascading system collapse, beyond the reach of any subsequent human intervention or regret. This would release a doomsday bomb of stored carbon, disappear the cloud vapor that consumes the sun’s radiation before it can be absorbed as heat, and shrivel the rivers in the basin and in the sky."

https://www.conservation.org/blog/four-questions-about-the-amazon-fires-answered
...
3. Isn’t much of the Amazon forest within ‘protected areas’? Why would those be burning?
Unfortunately, some protected areas — places set aside to conserve nature, such as national parks — are more “protected” than others.

The past few years have seen a wave of rollbacks in legal protections for protected areas, including Brazil, research from Conservation International has shown.

Brazil is no stranger to such “PADDD” events — short for protected area downgrading, downsizing and degazettement — says Rachel Golden Kroner, a global expert on PADDD at Conservation International.

“We found that 4 percent of protected areas in Brazil were affected by PADDD events over the last 46 years,” she told Conservation News earlier this year. “While this is technically lower than in some other Amazonian countries, it’s a hotspot to watch closely.”