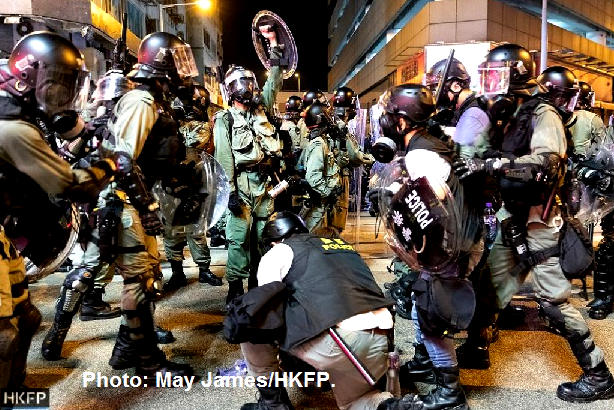 Civic Passion chair and lawmaker Cheng Chung-tai has been arrested by Hong Kong police, amid a round-up of pro-democracy figures. According to a Facebook post by the localist group’s former chief Wong Yeung-Yat, Cheng was en route to an event in Tin Shui Wai when he was arrested. It is unclear on what grounds Cheng was arrested.

His detention comes after the arrest of several high-profile activists over the space of 24-hours, including Joshua Wong, Agnes Chow, Andy Chan and Althea Suen.

Since June, the police have arrested more than 900 people in relation to the ongoing anti-extradition law protests. The ill-fated bill would have allowed case-by-case fugitive transfers to China. Large-scale peaceful protests have morphed into – sometimes violent – displays of dissent over Beijing’s encroachment, democracy, alleged police brutality, surveillance and other community grievances.

BREAKING: Our secretary-general @joshuawongcf was just arrested this morning at roughly 7:30, when he was walking to the South Horizons MTR station. He was forcefully pushed into a private minivan on the street in broad daylight. Our lawyers following the case now.

Two leading protest organizers got assaulted with baseball bat and metal poles by thugs within 24 hours. First Chinese troops, then martial law, and now mob attacks. But all these won’t stop HKers’ determination from fighting for what we want. https://t.co/BO1fHI9gJB

Being Born in uncertain times carries-certain responsibilities. Five Demands, Not One Less. https://t.co/09gJlPn8WL

What's happened in the past 30 hrs:

Joshua and Agnes of Demosisto, arrested.